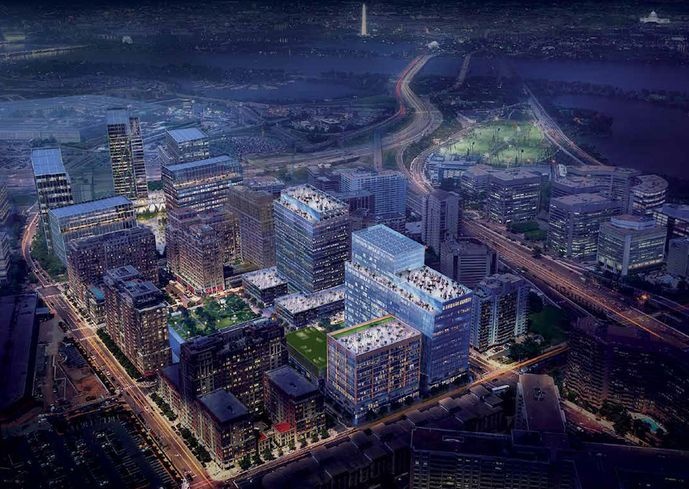 Wednesday, April 24, 2019 -  Over the next few months, Amazon will begin moving into space at 2345 Crystal Drive in Arlington, VA. The Bethesda, MD based real estate company, JBG Smith Properties announced today that Amazon will lease another 47,512 square feet of existing office space adding to the 537,000 square feet that it signed leases for three weeks ago in the National Landing area.

With a commitment to rent over 580,000 square feet of space from JBG Smith, Amazon will start moving in within the next few months and in 2020. Amazon has also recently submitted an application to rezone the northern half of a site called “Pen Place” which Amazon purchased from JBG Smith. Pen Place is the block located between Army-Navy Drive, S. Fern Street, S. Eads Street, and 12th Street S. Currently, Marriott Residence Inn is the only building on the block. The application hints that Amazon wants to erect five buildings at the location.